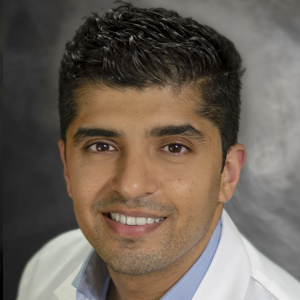 Dr. Vrushak Deshpande is a gastroenterologist at Borland Groover. Originally from Sebring, Florida, Dr. Vrushak Deshpande attended the University of Florida and graduated cum laude from The American University of Antigua, College of Medicine, where he obtained his Medical Degree. After medical school, he completed his internal medicine residency at Richmond University Medical Center in Staten Island, New York. He then went on to complete a Fellowship in Liver Disease at the Rutgers New Jersey Medical School as well as a Gastroenterology fellowship at the New York-Presbyterian Brooklyn Methodist Hospital. During his residency and fellowship, he has won numerous awards including Resident of the Year, Fellow of the Month and Fellow of the Year. In his free time, he enjoys watching both college and professional sports as well as spending time with his daughter and wife who is an internal medicine physician.